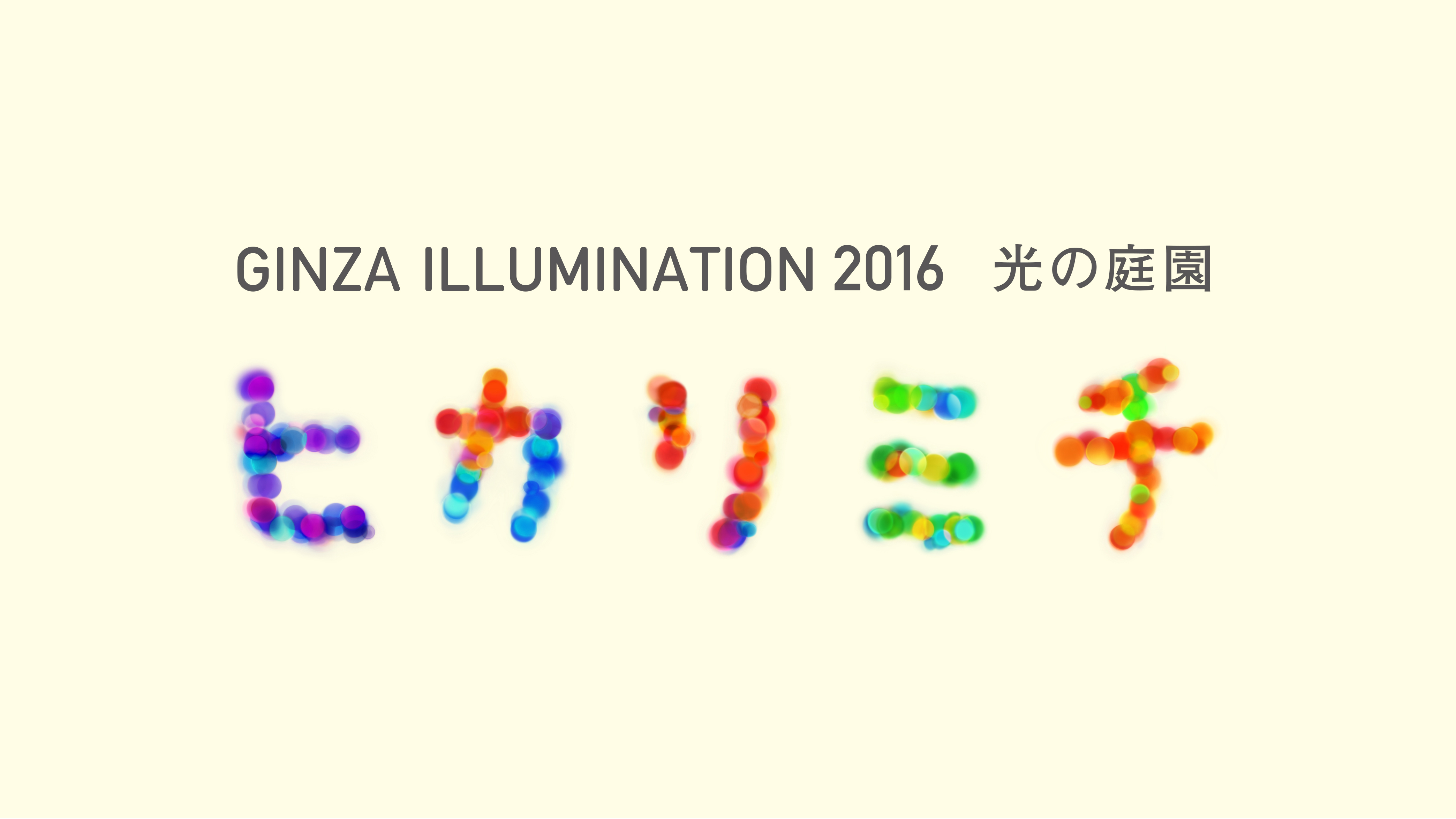 —With Theme of Garden of Light, Illuminations Will Create Daytime and Night-time Expressions of Ginza—

Ginza Street Association, Ginza International Luxury Committee (GILC) and Ginza Association will be holding Ginza’s full-scale illumination titled Ginza Illumination that has become a very popular year-end and new-year tradition since its start in 2011. It will be open for a period of 38 days from Saturday, December 3, 2016 to Monday (holiday), January 9, 2017, at 1-Chome to 8-Chome on Ginza-dori (Chuo-dori), and on Harumi-dori from the Sukiyabashi intersection to the Ginza 4-Chome intersection area.
For this year, our “artist of light” will be French creative studio PITAYA that is active on the global scene. Sixteen elegant illumination objects with designs of flowers and trees will be installed on Ginza-dori (Chuo-dori), and as our new attempt, basket-shaped illuminations will be hung on 32 street lamps to light the streets from above. On Harumi-dori, guard rails and street lamps will be wrapped with Special Champagne Gold LED lights totaling 130,000 in number, including those in flower beds by the yew trees on Chuo-dori, to create a fascinating display of world-view. This year, viewers can enjoy two kinds of differing expressions—“daytime Ginza” and “night-time Ginza” with very artistic illuminations. As usual, during the illumination period, Hikarimichi Charity donation boxes for the support of recovery in Tohoku will be set up in each GILC brand store. 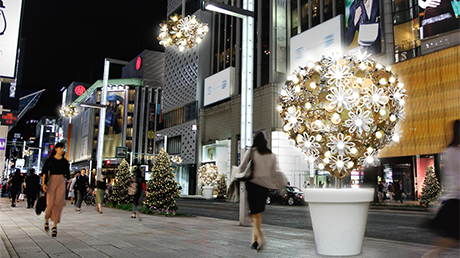 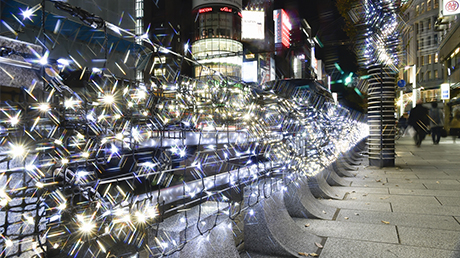 Hikarimichi 2016 will be an artistic illumination produced by French artists!

This year’s illumination, marking its 6th time, will be very artistic and themed on “garden of light,” with help from the international artist of light—French creative studio PITAYA”
On Ginza-dori (Chuo-dori), illuminated art objects with the theme of “light and trees” will be installed, with 16 used for decoration along the streets and 32 on street lamps. Together with the Special Champagne Gold LED lights used to decorate the yew trees in the flower beds, they will create an elegant and magical world-view. The illuminated objects decorating the street of Chuo-dori will total 16 with two kinds: four with a height of 3.3m and 12 with a height of 2.5m. By using holographic materials that reflect lights including sunlight in various colors, the objects will continue to give off brilliant light even during the day. The 32 illuminated objects used to decorate street lamps will be unique since it is the first of such an attempt, with basket-shaped illuminations 1m in diameter hung on the lamps to provide overhead light in warm white, as opposed to the pale light of street lamps. On Harumi-dori, Special Champagne Gold LED lights, just like on Chuo-dori, will be used to wrap the guard rails and street lamps to create a beautiful world. This year, Ginza Hikarimichi Illumination creates two kinds of expressions for viewers to enjoy: “day Ginza” and “night Ginza.” 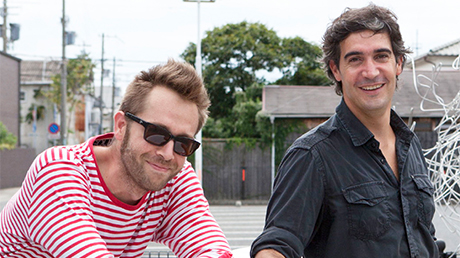 A creative studio of two French artists—David Lesort and Arnaud Giroud. In a wide variety of fields, they roll out styles rich in sense of playfulness and poetic sentiment, producing works that take environmental issues into consideration by designing to reduce energy consumption of materials and transport, in addition to the energy emitted by the light. Based in Lyon, the city of lights, they actively participate in global art festivals of light as they expand their sphere of activity.
This is the creative studio’s second illumination project in Japan, following the Sakagura-dori Festin de Lumiere (2012 to 2015) in Nishinomiya city. This will be its first in the Kanto region. 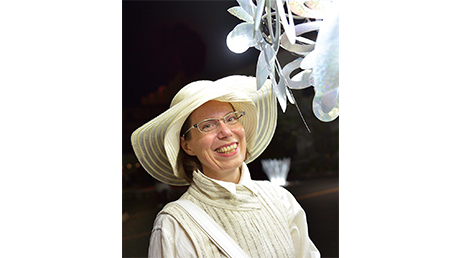 Representative Director/Design Concierge, Exprime Inc.
A Parisienne now in her 28th year in Japan. Utilizing her network and experience cultivated in France, a country advanced in artworks of light, she has served on the promotion strategy department committee of the Osaka Lighting Project, exerting herself in urban development using lights and widening her circle. Her past works include coordinator of France de Lumiere of Osaka Hikari-Renaissance supported by the French ambassador (2009 to 2010), project conceptor of France-Japan Interchange of Light hosted by the city of Osaka (2008 to 2010), producer of Festin de Lumiere in Nishinomiya city (2012 to 2015), and more.

What is the Ginza International Luxury Committee (GILC)?

In 2002, seven international luxury brand companies with shops on Ginza-dori or Harumi-dori joined together to establish the Ginza International Luxury Committee (GILC) with the aim of revitalizing Ginza and raising its profile.
GILC is a committee of the Ginza Street Association, and currently counts 20 companies as its members. As one part of Ginza, a district that represents Japan, GILC’s goal is to teach the rest of the world about Ginza as a highly international place with a strong cultural presence. It will continue to hold various activities, with the annual Ginza Illumination as its main project.