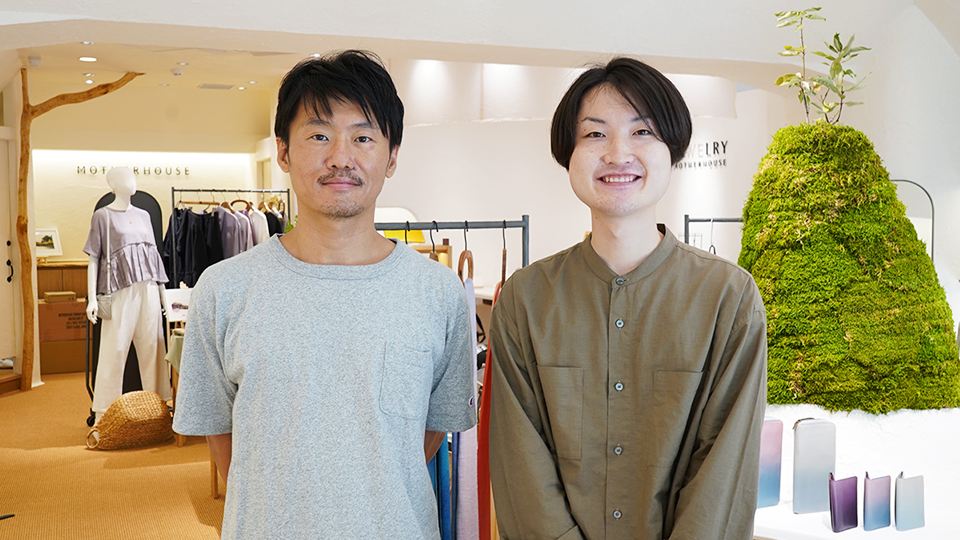 Ginza×CSR・CSV Vol. 38 will introduce MOTHERHOUSE. Since its establishment in 2006, it has communicated to the world the potential that a developing country has through the “creation” of leather and products in Bangladesh under the philosophy: “We spotlight the potential of developing countries through our products to establish an international brand.” In this volume, we interviewed Mr. Haruyuki Oda, Marketing and Public Relations Manager of the Communication Design Unit and Mr. Ren Nishiya, Regional Store Manager (Ginza Area) on how they have been inspired by Ginza, where they opened their long-sought Ginza Store in August 2020.

Stories from six countries come together at the Ginza Store 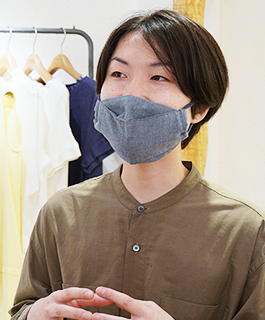 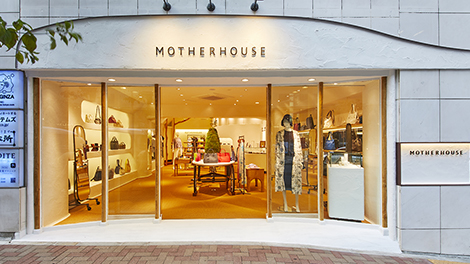 The Ginza Store, opened in August 2020 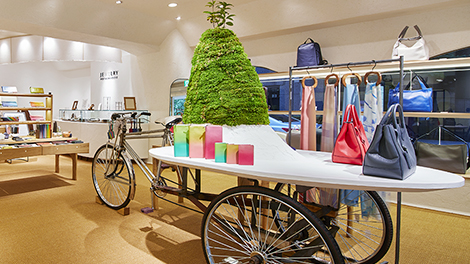 A marriage of “van” and moss tower. 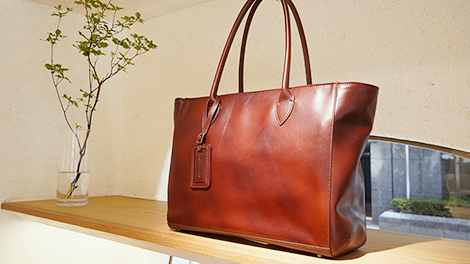 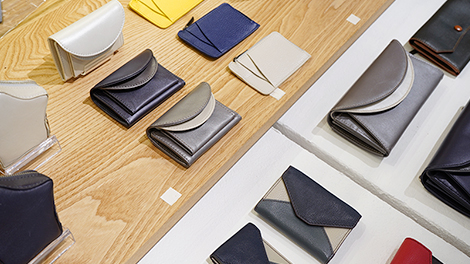 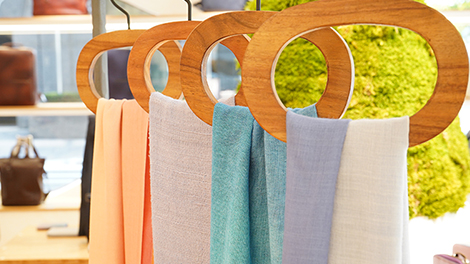 Cashmere and silk stoles made in Nepal. 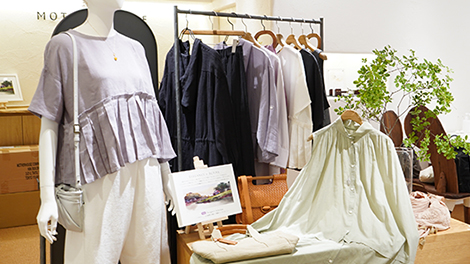 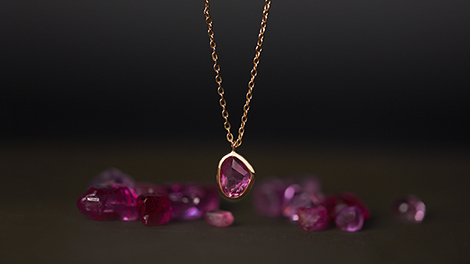 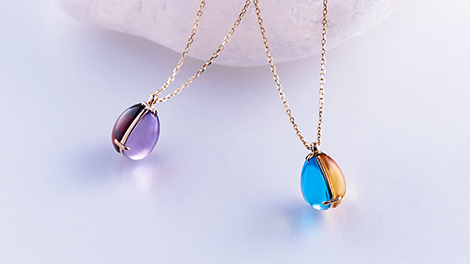 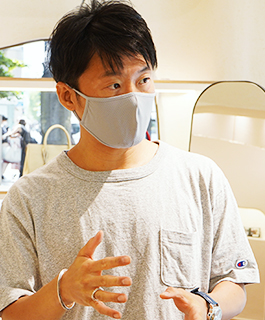 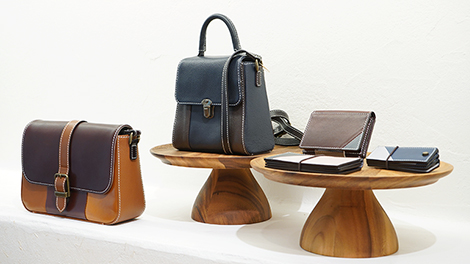 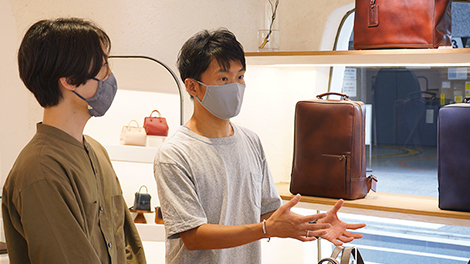 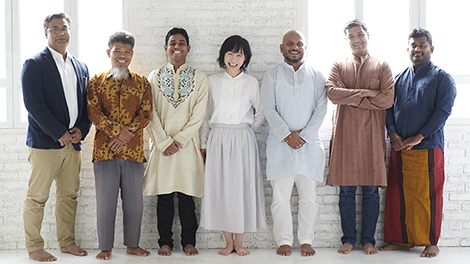 Local craftsmen. MOTHERHOUSE invites local manufacturers to Japan to hold an event at its stores . 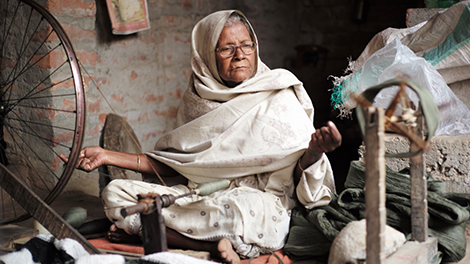 Communicating our passion from Ginza 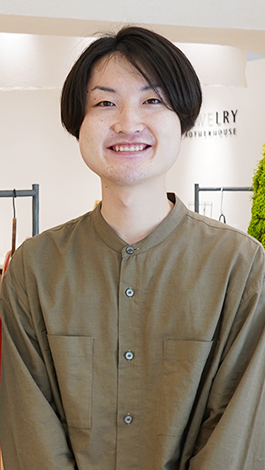 Born in Hyogo Prefecture in 1993, Mr. Nishiya graduated from the Department of International Policy Studies, School of Policy Studies, Kwansei Gakuin University. After experiencing internships in Malaysia and Zambia as a student, he became concerned about how differences in nationalities, religious, and where someone grew up lead to unconscious discrimination and prejudices. Wishing to pursue a career that would involve communicating the potential that people possess and connecting people with other people, he joined MOTHERHOUSE just after graduating from university in 2017. He has worked as Store Manager are two other stores before the Ginza Store,. 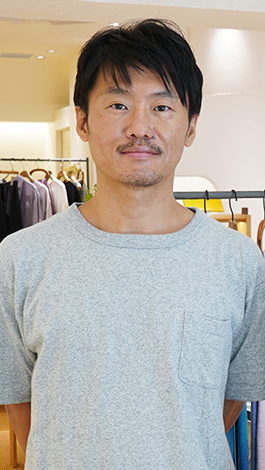 Born in Ueno, Tokyo in 1979. Inspired by the environment and lifestyle of California, which he visited for the first time as a junior high school student, he went to university in California from the age of 19 to 23 while working at jobs on movie sets. He developed an interest in art, photography, and fashion. After returning to Japan, he was employed in the photography industry but left his job after one month, as he came to question the industrial structure and the way people worked. After experiencing apps development and starting a think-tank in Nagatacho, he launched his own business at the age of 25 with the aim of bringing into the world what he sought to create. Beginning with a company specializing in gifts, he launched various businesses, including those in advertising, food services, apps development, and school management. After ten years, feeling lost in terms of his connection to society and who his business or work was helping, he sold his company to a friend, when he happened to meet MOTHERHOUSE. After working for six months as a store staff, he is currently in charge of marketing, public relations and recruiting interns. He is also a father of three children.

alterna http://www.alterna.co.jp Having worked for several foreign IT firms, Imai shifted the target of her work to environmental and social issues after participating in the tenth meeting of the Conference of the Parties (COP 10) to the Convention on Biological Diversity as an NGO memb er. She currently conducts interviews, edits and writes articles, develops educational programs and offers interactive counselling sessions.

Written by: Makiko Imai ／ Planned and edited by: alterna